Best wishes for 2013, via the medium of my favourite university-related youtube clips of 2012…. 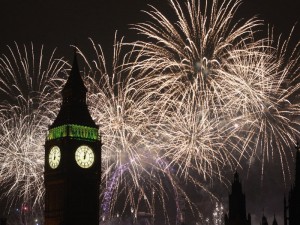 Yes, I know I used the same picture last year. You can write to the usual address for your money back….

Hello everyone, and happy new year’s eve.  Or probably more likely by the time you’re reading this, happy first day back at work of 2013 and a prosperous new email backlog from people who had less time off over Christmas than you, and are anxious to demonstrate their productivity.  My last new year’s message was a bit of a whingeathon, so I’m going to be more positive this season and share some youtubes that I’ve enjoyed over the last year.  I know you’ve got a lot to do today, but why not leave this page open and watch the clips over lunch?

This is a sketch from 1977 starring John Cleese and Jonathan Miller, which I think I’ve tweeted before with the title “Philosophers preparing their REF Impact statement”.  And while there’s a bit of that, what I like most about this is the superbly well observed and subtly exaggerated academic mannerisms.  Are those mannerisms a peculiar philosophy affectation, or are they more widespread?

In which Ben Miller (who I think has a PhD in physics) demonstrates how not to do public engagement/media work.  Watching this, it’s hard not to appreciate the effort that does go into communicating very complex science to the general public, particularly the efforts to explain the search for the Higgs via the medium of rap, when I suspect that the reality is pretty much as Miller’s character says.  Special hat tip on the science public engagement front to m’colleagues from the Periodic Videos team at the University of Nottingham’s School of Chemistry, though apparently they prefer Dubstep (whatever that is) to rap music.

I finally got round to watching this late 1980s TV series about a medical practice at a university.  It’s both very current (debates about research v. teaching; working with industry; student finances; university politics; the role of the university; the place of the arts/humanities) and very dated (haircuts; weird theme music and opening credits; accents – some weird London accents that have either died out or never existed at all).  On the down side, it does require the viewer to accept the premise that a university medical practice is a department of the university (was this ever the case anywhere?), and the overall tone and level of (sur)realism uneasily shifts between sitcom and comedy-drama.  On the up side, it’s an interesting view of 1980s campuses (Birmingham and Keele – my former stomping ground) and has a superb cast – Peter Davison, Barbara Flynn, John Bird, plus small early roles for Hugh Grant and Kathy Burke.  It’s worth a look – I’ve embedded the trailer for the DVD complete box set, though a fair bit of it is also on youtube if you want more of a taster before investing.

I’ve been a fan of Nick Helm’s brand of on-the-edge-of-a-breakdown stand-up and musical comedy since seeing him in Nottingham a few years back – hilarious and terrifying at the same time.  What I remember most about that performance was a song that will resonate with anyone who has or has had a basic admin job.  It’s very sweary and therefore not work safe, so I’m only going to link it rather than embed it.

Enjoy.  But probably not in the office.