Estimating Investigator and Researcher Time on a Project 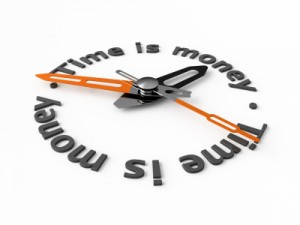 Prompted in part by an interesting discussion of the importance of the budget in establishing the overall credibility and shape of a research proposal at the ever-excellent Research Whisperer, I thought I’d put fingers-to-keyboard on the vexed issue of estimating staff time on research grant applications.  Partly this is to share some of what I do and what I recommend, but mostly it’s to ask others how they approach it. Comments, thoughts, suggestions, and experiences welcome as ever in the comments below.

Estimating staff time is by some distance the hardest part of the budget, and often when I discuss this with academic colleagues, we end up in a kind of “I dunno, what do you reckon?” impasse.  (I should say that it’s me who speaks like that, not them).  I’ve never been involved in a research project (other than my ‘desk research’ MPhil), so I’ve really no idea, and I don’t have any particular insight into how long certain tasks will take.  Career young academics, and the increasing number of academics who have never had the opportunity to lead on a research project, have little experience to draw upon, and even those who have experience seem to find it difficult.  I can understand that, because I’d find it difficult too.  If someone where to ask me how estimate how much time I spent over the course of a year on (say) duties related to my role as School Research Ethics Officer, I’d struggle to give them in answer in terms of a percentage FTE or in terms of a total number of working days.

It’s further complicated by the convenient fiction that academic staff work the standard five day weeks, and 37.5 hour working weeks.  Even those who don’t regularly work evenings and weekends will almost certainly have flexible working patterns that make it even harder to estimate how long something will take.  This means that the standard units of staff time that are most often used – total days and percentage of full time – aren’t straightforwardly convertible from one currency to the other.  To make matters worse, some European funding sources seem to prefer ‘person months’.  Rather than the standard working week, I think this probably reflects the reality of academic work in many institutions:

The response to my question about how much time the project will take is often answered with another question.  What will the funder pay for?  What looks right?  What feels right?  Longer, thinner project, or shorter and more intensive?  The answer is always and inevitably, ‘it depends’.  It depends upon what is right for the project.  A longer less intensive project might make sense if you have to wait for survey responses to come in, or for other things to happen.  On the other hand, if it’s something that you can and want to work on intensively, go for it.  But the project has to come first.  What would it take to properly take on this research challenge?

Often the answer is a bit hand-wavy and guesstimate-ish.  Oh, I don’t know….say… about, two days per week?  Two and a half?  Would they fund three?  This is a generally a good starting point.  What’s not a good starting point is the kind of fifteen-minutes-every-Tuesday approach, where you end up with a ‘salami project’ – a few people involved, but sliced so thinly it’s hard to see how anything will get done.  This just isn’t credible, and it’s very unlikely to get funded by the likes of the ESRC (and other funders too, I’m sure) if they don’t believe that you’ll possibly be able to deliver for the amount of money (time) you’re asking for.  Either they’ll conclude that you don’t understand what your own research requires (which is fatal for any chance of funding), or they’ll think that you’re trying to pull a fast one in terms of the value for money criterion.  And they won’t like that much either.

The other way to make sure that you’re not going to get funded is to go the other way and become greedy.  I’ve noticed that – oddly – academics seldom over-estimate their own time, but over-estimate the amount of researcher time required.  I’ve seen potential bids before now that include a heavy smattering of research associates, but no clear idea what it actually is they’ll be doing all day, other than doing stuff that the lead investigator doesn’t want to do.  In a UK context, overheads are calculated on the basis of investigator and researcher time, so including researchers is doubly expensive.  One way round this that I often recommend is to ensure that what’s required is actually a research associate (who attracts overheads) rather than an academic-related project manager or administrator (who doesn’t).  But if it’s hard to estimate how long it will take you to do any given task, it’s doubly hard to estimate how long it will take someone else – usually someone less experienced and less skilled – and perhaps from a cognate sub-discipline rather than from your own.

My usual advice is for would-be principal investigators to draw up a table showing the various phases of the project as rows, and project staff as columns.  In addition to the main phases of the research, extra rows should be added for the various stages of dissemination and impact activity; for project coordination with colleagues; for line management of any researchers or administrative/managerial staff; for professional development where appropriate.  Don’t forget travelling time associated with meetings, fieldwork, conferences etc.  The main thing that I usually see underestimated is project management time.  As principal investigator, you will have to meet reasonably regularly with your finance people, and you’ll have to manage and direct the project research associates.  Far too many academics seem to see RAs as clones who will instinctively know what to do and don’t need much in the way of direction, advice, or feedback.

Once this is done, I suggest adding up the columns and then working backwards from those total numbers of project days to a percentage FTE, or days per week, or whatever alternative metric you prefer.  In the UK, the research councils assuming that 220 days = 1 working year, so you can use this to calculate the percentage of full time.  The number that you come out with should feel intuitively about right.  If it doesn’t, then something has probably gone wrong.  Go back to the table, and adjust things a little.  By going to and fro, from the precision of the table to the intuition of the percentage of time, you should reach what my philosophical hero and subject of my thesis, John Rawls, called ‘reflective equilibrium’.  Though he wasn’t talking about investigator time.  Once you’re happy with the result, you should probably use the figure from the table, and you should certainly consider putting the table in full in the ‘justification for resources’ section.

Something I’m starting at the moment as part of the end-of-project review process is to go back to the original estimates of staff time, and to get a sense from the research team about how accurate they were, and what they would estimate differently next time, if anything.  The two things that have come out strongly from this so far I’ve outlined above – managing staff and project administration – but I’ll be looking for others.

So…. over to you.  How do you estimate researcher and investigator time?  Have you been involved in a funded project?  If so, what did you miss in your forecasts (if anything)?  What would you do differently next time?

4 Responses to Estimating Investigator and Researcher Time on a Project