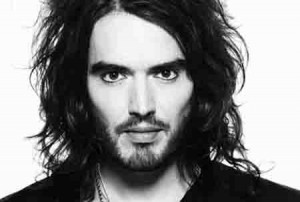 The Russell brand apparently has quite an appeal....

The Russell Group announced today that the Universities of Durham, Exeter, York, and Queen Mary University of London have been offered and accepted membership, taking the group from 20 to 24.  The 1994 group – their former mission group home – has yet to announce whether they will rename themselves the 1990 group or look to make some new signings of their own.  There’s a fair few out-of-contract unaffiliated universities who are up for grabs, so perhaps that will be the next logical step.

Christopher Cook, the Education correspondent of the Financial Times, reported the story  thusly on twitter:

Russell Group to expand to include universities everyone thought were already in it – Durham, Exeter, QMUL and York.

… which I think sums it up nicely.  Speaking of Twitter, it’s surely a sign of something when ‘Russell Group’ starts to trend.  It’s very odd reading the spambots tweeting about it as well – clearly the realignment of HE mission groups is a hot topic in the world of the internet fraudster and spammer.  Trending is normally reserved for topics that I’m reliably told are related to a Canadian singing beaver, footballists who have done a goal, celebrities who have just died, the twoutrage du jour, One Directioners – presumably a re-branding of the Girl Guides – and wretched, wretched Saturday night reality television.

Getting ‘Russell Group’ trending is a sign that the LSE Impact Blog’s mission to get every last academic on Twitter by 2014 is well on track.  And when we see Bertram Russell trending, we’ll know they’ve finally  won.  Or that Twitter has gone the way of MySpace.