How can we help researchers get responses for web questionnaires? 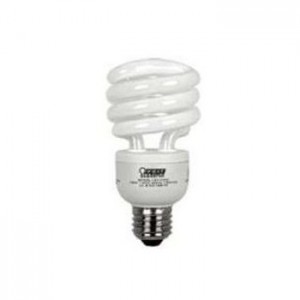 I’ve had an idea, and I’d like you, the internet, to tell me if it’s a good one or not.  Or how it might be made into a good one.

Would it be useful to set up a central list/blog/twitter account for ongoing research projects (including student projects) which need responses to an internet questionnaire from the general public?  Would researchers use it?  Would it add value?  Would people participate?

Every so often, I receive an email or tweet asking for people to complete a research questionnaire on a particular topic.  I usually do (if it’s not too long, and the topic isn’t one I consider intrusive), partly because some of them are quite interesting, partly because I feel a general duty to assist with research when asked, and partly because I probably need to get out more.  The latest one was one which a friend and former colleague shared on Facebook.  It was a PhD project from a student in her department about sun tanning knowledge and behaviour, and it’s here if you feel like taking part.  Now this is not a subject that I feel passionately about, but perhaps that’s why it might be useful for the likes of me to respond.

I guess the key assumptions that I’m making are that there are sufficient numbers of other people like me who would be willing to spend a few minutes every so often completing a web survey to support research, and that nothing like this exists already.  If there is, I’ve not heard about and I’d have thought that I would have done.  But I’d rather be embarrassed now rather than later!  Another assumption is that such a resource might be useful.  I strongly suspect that any such resource would have a deeply atypical demographic – I’d imagine it would be mainly university staff and students.  But I’d imagine that well designed research questionnaires would be asking sufficiently detailed demographic information to be able to factor this in.  For some student projects where the main challenge can be quantity rather than variety, this might not even matter too much.  I guess it depends what questions are being asked as part of the research.

I’ve not really thought this through at all yet.  I would imagine that only projects which could be completed by anyone would be suitable for inclusion, or at least only projects where responses are invited from a broad range of people.  Very specific projects probably wouldn’t work, and would make it harder for participants to find ones which they can do.  Obviously all projects would need to have ethical approval from their institution.  There would be an expectation that beneficiaries are prepared to reciprocate and help others in return.  And clearly there has to be a strategy to tell people about it.

So… what do you think?  Please comment below (or email me if you prefer).  Would this be useful?  Would you participate?  What have I missed?  If I do set this up, how might I go about telling people about it?

3 Responses to How can we help researchers get responses for web questionnaires?