Consider this post a bit of an early Christmas indulgence, by which I mean largely ignore it..

As an undergraduate, I was very taken with Aristotelian ethics, and in particular ideas about character and about exemplars of moral excellences and other kinds of excellences (public speaking, bravery, charisma etc). Roughly, a good way to learn is to observe people who do certain things well and learn from their example. Conversely, one can also learn from people who are terrible at things, and avoid their mistakes. No-one’s so awful that they can’t at least serve as a bad example and as a warning to others. I remember later conversations about who the ultimate Aristotelian exemplar might be – in reality or in contemporary culture – with a lot of votes for Captains Kirk and Picard, leading to the merits of real life and therefore more complex figures taking second place to a who’s-your-favourite-Star-Trek-captain debate.

Years later, I fell to wondering who the exemplars are for research development, or perhaps university management/leadership/academic wrangling more generally. I could write about people who’ve influenced my thinking and my career, but instead, like the Star Trek fans, I’ve been distracted by fictional examples. 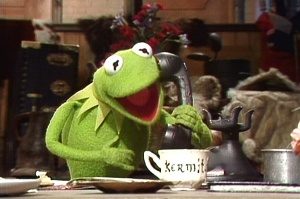 My first nomination comes via a 2012 Inside Higher Education blog post from ‘Dean Dad’ in the US, and is for Kermit the Frog. The nomination goes as follows:

[Kermit] keeps the show running, but it’s clear that he actually enjoys the Chaos Muppets and wants them to be able to do what they do.  His work makes it possible for Gonzo to jump through the flaming hoop with a chicken under his arm while reciting Shakespeare, even though Kermit would never do that himself.

Kermit endures snark from Statler and Waldorf in the balcony; let’s just say I get that.  And the few times that Kermit freaks out have much more impact than when, say, Animal does, because a freaked-out Kermit threatens the working of the show.  Freaking out is just what Animal does.

The nomination comes complete with a whole theory of academic management based on the Muppet Show. Muppets can be divided into ‘order’ and ‘chaos’ muppets, with ‘hard’ and ‘soft’ examples of each. Kermit is the epitome of a soft order muppet because he understands the importance of order and structure, but doesn’t enjoy it for its own sake and wants to help others to what they do best. I’d quite like to add “soft order muppet” to my email signature and even my office door sign, but I don’t think the world’s quite ready for that. 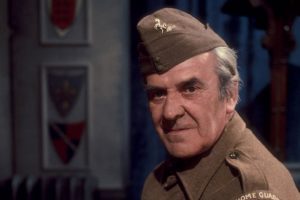 My second nomination is Sergeant Wilson of ‘Dad’s Army’, played by John Le Mesurier. Catchphrases include “would you mind awfully…” and the eventual title of a biography of JLeM: “Do you think that’s wise, sir?” He’s usually a model of subtle and understated influence, providing gentle but timely challenge to those set above him. Good humoured, unflappable, wise, and reassuring, he’s the ideal sergeant.

My third – more controversially – is Edmund Blackadder, and in particular Blackadder III. This exchange alone – when reviewing the Prince of Wales’ first draft of a love letter – makes him the patron fictional saint of research development staff.

Blackadder loses points for deviousness, more points for largely unsuccessful deviousness, consistent mistreatment of those he line manages, and general cynicism about and contempt for those in power. However, in the latter case, in his world, he’s got something of a point. But, as I said, exemplars can embody what not to do as well as what to do. 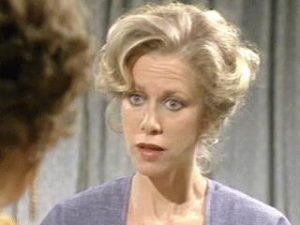 Next up, a trip to Fawlty Towers and Polly Sherman (Connie Booth, who also co-wrote the series), the voice of sanity (mostly) and a model of competence, dedication, and loyalty. She usually manages to keep her head while all around are losing theirs, and has a level of compassion, understanding, and tolerance for the eccentricities of those around her which the likes of Edmund Blackadder never reach. 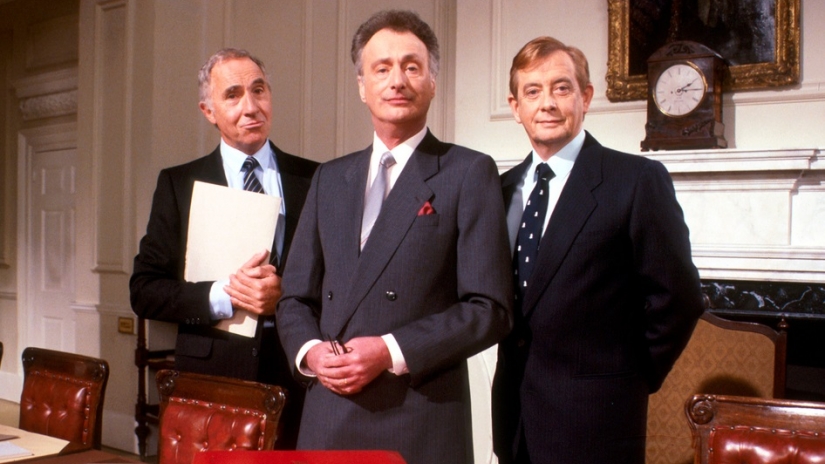 Finally, one I’ve changed my mind over. Initially, it was Sir Humphrey Appleby (left), the Permanent Private Secretary in Yes (Prime) Minister, who was my nominee. While the Minister, Jim Hacker (centre), was all fresh ideas and act-without-thinking, Sir Humphrey was the voice of experience and the embodiment of institutional memory.

On reflection, though, the real hero is Bernard Woolley (right), the Principal Private Secretary. Sir Humphrey’s first priority is the civil service, and no academic management role model can put the cart before the horse in such a way. And more seriously, the ‘Sir Humphrey’ view of the civil service and of administration and management more generally is a reactionary, cynical, and highly damaging view. My Nottingham colleague Steven Fielding wrote an interesting piece about the effects of YM on perceptions of civil servants and cynicism about government. But he is an example of someone who has concluded that success/good governance isn’t possible without an effective and professional civil service, but then in seeking to defend the means, ends up forgetting the end. And that’s a kind of negative exemplar as well. Let’s none of us forget who we’re here for, or why. Kermit doesn’t think the Muppet Show is all about him.

Bernard Woolley, though, struggles to manage conflicted loyalties (multiple stakeholders and bottom lines), and is under pressure both from Jim Hacker, the government minister actually in charge of the Department, but only likely to have a very limited term of office – and Sir Humphrey, his rather more permanent boss with huge power of his career prospects. Anyone else ever felt like that – (temporary) Heads of School or Research Directors or other fixed-term academic leaders on one side, and more more permanent senior administrative, professional, and managerial colleagues on the other? People who won’t be stepping down inside eighteen months and returning, a good job well done, to their research and teaching?

So… who have I missed? Who else deserves a mention? Kryten from Red Dwarf, perhaps? Smithers from the Simpsons? Bunk Moreland from The Wire?