ESRC “demand management” measures working….. and why rises and falls in institutions’ levels of research funding are not news 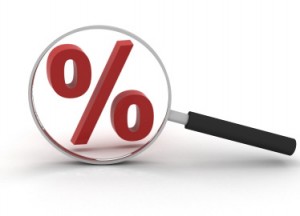 There was an interesting snippet of information in an article in this week’s Times Higher about the latest research council success rates.

[A] spokeswoman for the ESRC said that since the research council had begun requiring institutions from June 2011 to internally sift applications before submitting them, it had recorded an overall success rate of 24 per cent, rising to 33 per cent for its most recent round of responsive mode grants.  She said that application volumes had also dropped by 37 per cent, “which is an encouraging start towards our demand management target of a 50 per cent reduction” by the end of 2014-15.

Back in October last year I noticed what I thought was a change in tone from the ESRC which gave the impression that they were more confident that institutions had taken note of the shot across the bows of the “demand management” measures consultation exercise(s), and that perhaps asking for greater restraint in putting forward applications would be sufficient.  I hope it is, because as the current formal demand management proposals that will be implemented if required unfairly and unreasonably include co-applicants in any sanction.

I’ve written before (and others have added very interesting comments) about how I think we arrived at the situation where social science research units were flinging as many applications in as possible in the hope that some of them would stick.  And I hope the recent improvements in success rates to around 1-in-3, 1-in-4 don’t serve to re-encourage this kind of behaviour. We need long term, sustainable, careful, restraint in terms of what applications are submitted by institutions to the ESRC (and other major funders, for that matter) and the state in which they’re submitted.

Everyone will want to improve the quality of applications, and internal mentoring and peer review and the kind of lay review that I do will assist with that, but we also need to make sure that the underlying research idea is what I call ‘ESRC-able’.  At Nottingham University Business School, I secured agreement a while ago now to introduce a ‘proof of concept’ review phase for ESRC applications, where we review a two page outline first, before deciding whether to give the green light for the development of a full application.  I think this allows time for changes to be made at the earliest stage, and makes it much easier for us to say that the idea isn’t right and shouldn’t be developed than if a full application was in front of us.

And what isn’t ‘ESRC-able’?  I think a look at the assessment schema gives some useful clues – if you can’t honestly say that your application would fit in the top two categories on the final page, you probably shouldn’t bother.  ‘Dull but worthy’ stuff won’t get funded, and I’ve seen the phrase “incremental progress” used in referees’ comments to damn with faint praise.  There’s now a whole category of research that is of good quality and would doubtless score respectably in any REF exercise, but which simply won’t be competitive with the ESRC.  This, of course, raises the question about how non-groundbreaking stuff gets funded – the stuff that’s more than a series of footnotes to Plato, but which builds on and advances the findings of ground-breaking research by others.  And to that I have no answer – we have a system which craves the theoretically and methodologically innovative, but after a paradigm has been shifted, there’s no money available to explore the consequences.

While one always wants to see one’s own institution doing well and doing better, and everyone always enjoys a good bit of schadenfreude at the expense of their benchmark institutions and any apparent difficulties that a big beast find themselves in, are any of these short term variations of actual, real, statistical significance?  Apparently big gains can be down to a combination of a few big wins, grants transferring in with new staff, and just… well… the kind of natural variation you’d expect to see.  Big losses could be big grants ending, staff moving on, and – again – natural variance.  Yes, you could ascribe your big gains to your shiny new review processes, but would you also conclude that there’s a problem with those same processes and people the year after when performance is apparently less good?

Why these short term (and mostly meaningless) short term variations are more newsworthy than the radical variation in ESRC success rates for different social science disciplines I have no idea….