Six writing habits I reckon you ought to avoid in grant applications….. 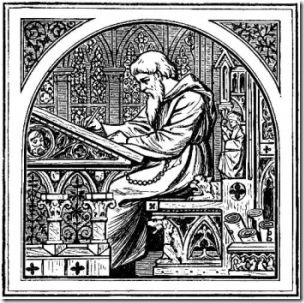 Imagine I’m a reviewer… Okay, I’ll start again.. imagine I’m a proper reviewer with some kind of power and influence…. imagine further that I’ve got a pile of applications to review that’s as high as a high pile of applications.  Imagine how well disposed I’d feel towards anyone who makes reading their writing easier, clearer, or in the least bit more pleasant.  Remember how the really well-written essays make your own personal marking hell a little bit less sulphurous for a short time.  That.  Whatever that tiny burst of goodwill – or antibadwill – is worth, you want it.

The passive voice is excessively used

I didn’t know the difference between active and passive voice until relatively recently, and if you’re also from a generation where grammar wasn’t really teached in schools then you might not either.  Google is your friend for a proper explanation by people who actually know what they’re talking about, and you should probably read that first, but my favourite explanation is from Rebecca Johnson – if you can add “by zombies”, then it’s passive voice. I’ve also got the beginnings of a theory that the Borg from Star Trek use the passive voice, and that’s one of the things that makes them creepy (“resistance is futile” and “you will be assimilated”)  but I don’t know enough about grammar or Star Trek to make a case for this.   Sometimes the use of the passive voice (by zombies) is appropriate, but often it makes for distant and slightly tepid writing.  Consider:

A one day workshop will be held (by zombies) at which the research findings will be disseminated (by zombies).  A recording of the event will be made (bz) and posted on our blog (bz).  Relevant professional bodies will be approached (bz)…

This will be done, that will be done.  Yawn.  Although, to be fair, a workshop with that many zombies probably won’t be a tepid affair.  But much better, I think, to take ownership… we will do these things, co-Is A and B will lead on X.  Academic writing seems to encourage depersonalisation and formality and distancing (which is why politicians love it – “mistakes were made [perhaps by zombies, but not by me]”.

I think there are three reasons why I don’t like it.  One is that it’s just dull.  A second is that I think it can read like a way of avoiding detail or specifics or responsibility for precisely the reasons that politicians use it, so it can subconsciously undermine the credibility of what’s being proposed.  The third reason is that I think for at least some kinds of projects, who the research team are – and in particular who the PI is – really matters.  I can understand the temptation to be distant and objective and sciency as if the research speaks entirely for itself.  But this is your grant application, it’s something that you ought to be excited and enthused by, and that should come across. If you’re not, don’t even bother applying.

Pat Thomson’s blog Patter has a much fuller and better discussion about the use of  “we” and “I” in academic writing that I can’t really add much to. But I think the key thing is to be consistent – don’t be calling yourself Dr Referstoherselfinthethirdperson in one part of the application, “I” in another, “the applicant” somewhere else, and “your humble servant”/ “our man in Havana” elsewhere.  Whatever you choose will feel awkward, but choose a consistent method of awkwardness and have done with it. Oh, and don’t use “we” if you’re the sole applicant.  Unless you’re Windsor (ii), E.

Is anyone willing to mount a defence for the utility of either of these words, other than (1) general diversity of language and (2) padding out undergraduate essays to the required word count? I’m just not sure what either of these words actually means or adds, other than perhaps as an attempted rhetorical flourish, or, more likely, a way of bridging non-sequiturs or propping up poor structuring.

Massive (Right Justified) Wall-o-Text Few things make my heart sink more than having to read a draft application that regards the use of paragraphs and other formatting devices as illustrative of a lack of seriousness and rigour. There is a distinction between densely argued and just dense.  Please make it easier to read… and that means not using right hand justification.  Yes, it has a kind of superficial neatness, but it makes the text much less readable.

Too many long words. It’s not academic language and (entirely necessary) technical terms and jargon that I particularly object to – apart from in the lay summary, of course.  It’s a general inflation of linguistic complexity – using a dozen words where one will do, never using a simple word where a complex one will do, never making your point twice when a rhetorically-pleasing triple is on offer.

I guess this is all done in an attempt to make the application or the text seem as scholarly and intellectually rigorous as possible, and I think students may make similar mistakes.  As an undergraduate I think I went through a deeply regrettable phase of trying to ape the style of academic papers in my essay writing, and probably made myself sound like one of the most pompous nineteen year olds on the planet.

Varying and manipulating sentence length can be done deliberately to produce certain effects.  Language has a natural rhythm and pace.  Most people probably have some awareness of what that is.  They are aware that sentences which are one paced can be very dull.  They are aware that this is something tepid about this paragraph.  But not everyone can feel the music in language.  I think it is a lack of commas that is killing this paragraph.  Probably there is a technical term for this.

So… anyone willing to defend “moreover” or “furthermore”? Any particularly irritating habits I’ve missed?  Anyone actually know any grammar or linguistics provide any technical terms for any of these habits?

4 Responses to Six writing habits I reckon you ought to avoid in grant applications…..