MOOCing about: My experience of a massively open online course

I’ve just completed my first Massively Open Online Course (or MOOC) entitled ‘The mind is flat: the shocking shallowness of human psychology run via the Futurelearn platform.  It was run by Professor Nick Chater and PhD student Jess Whittlestone of Warwick Business School and this is the second iteration of the course, which I understand will be running again at some point. Although teaching and learning in general (and MOOCs in particular) are off topic for this blog, I thought it might be interesting to jot down a few thoughts about my very limited experience of being on the receiving end of a MOOCing.  There’s been a lot of discussion of MOOCs which I’ve been following in a kind of half-hearted way, but I’ve not seen much (if anything) written from the student perspective. 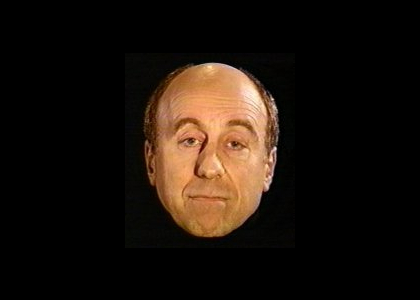 “Alright dudes… I’m the future of higher education, apparently. Could be worse… could be HAL 9000”

I was going to explain my motivations for signing up for the course to add a bit of context, but one of the key themes of the MOOC has been the shallowness and instability of human reasons and motivations.  We can’t just reach back into our minds, it seems, and retrieve our thinking and decision making processes from a previous point in time.  Rather, the mind is an improviser, and can cobble together – on demand – all kinds of retrospective justifications and explanations for our actions which fit the known facts including our previous decisions and the things we like to think motivate us.

So my post-hoc rationalisation of my decision to sign up is probably three-fold. Firstly, I think a desire for lifelong learning and in particular an interest in (popular) psychology are things I ascribe to myself.  Hence an undergraduate subsidiary module in psychology and having read Stuart Sutherland’s wonderful book ‘Irrationality‘.  A second plausible explanation is that I work with behavioural economists in my current role, and this MOOC would help me understand them and their work better.  A third possibility is that I wanted to find out what MOOCs were all about and what it was like to do one, not least because of their alleged disruptive potential for higher education.

So…. what does the course consist of?  Well, it’s a six week course requiring an estimated five hours of time per week.  Each week-long chunk has a broad overarching theme, and consists of a round-up of themes arising from questions from the previous week, and then a series of short videos (generally between 4 and 20 minutes) either in a lecture/talking head format, or in an interview format.  Interviewees have included other academics and industry figures.  There are a few very short written sections to read, a few experiments to do to demonstrate some of the theories, a talking point, and finally a multiple choice test.  Students are free to participate whenever they like, but there’s a definite steer towards trying to finish each week’s activities within that week, rather than falling behind or ploughing ahead. Each video or page provides the opportunity to add comments, and it’s possible for students to “like” each other’s comments and respond to them.  In particular there’s usually one ‘question of the week’ where comment is particularly encouraged.

The structure means that it’s very easy to fit alongside work and other commitments – so far I’ve found myself watching course videos during half time in Champions League matches (though the half time analysis could have told its own story about the shallowness of human psychology and the desire to create narratives), last thing at night in lieu of bedtime reading, and when killing time between finishing work and heading off to meet friends.  The fact that the videos are short means that it’s not a case of finding an hour or more at a time for uninterrupted study. Having said that, this is a course which assumes “no special knowledge or previous experience of studying”, and I can well imagine that other MOOCs require a much greater commitment in terms of time and attention.

I’ve really enjoyed the course, and I’ve found myself actively looking forward to the start of a new week, and to carving out a free half hour to make some progress into the new material.  As a commitment-light, convenient way of learning, it’s brilliant.  The fact that it’s free helps.  Whether I’d pay for it or not I’m not sure, not least because I’ve learnt that we’re terrible at working out absolute value, as our brains are programmed to compare.  Once a market develops and gives me some options to compare, I’d be able to think about it.  Once I had a few MOOCs under my belt, I’d certainly consider paying actual money for the right course on the right topic at the right level with the right structure. At the moment it’s possible to pay for exams (about £120, or £24 for a “statement of participation”) on some courses, but as they’re not credit bearing it’s hard to imagine there would be much uptake. What might be a better option to offer is a smaller see for a self-printable .pdf record of courses completed, especially once people start racking up course completions.

One drawback is the multiple choice method of examining/testing, which doesn’t allow much sophistication or nuance in answers.  A couple of the questions on the MOOC I completed were ambiguous or poorly phrased, and one in particular made very confusing use of “I” and “you” in a scenario question, and I’d still argue (sour grapes alert) that the official “correct” answer was wrong. I can see that multiple choice is the only really viable way of having tests at the moment (though one podcast I was listening to the other day mooted the possibility of machine text analysis marking for short essays based on marks given to a sample number), but I think a lot more work needs to go into developing best (and better) practice around question setting.  It’s difficult – as a research student I remember being asked to come up with some multiple choice questions about the philosophy of John Rawls for an undergraduate exam paper, and struggled with that.  Though I did remove the one from the previous paper which asked how many principles of justice there were (answer: it depends how you count them).

But could it replace an undergraduate degree programme?  Could I imagine doing a mega-MOOC as my de facto full time job, watching video lectures, reading course notes and core materials, taking multiple choice questions and (presumably) writing essays?  I think probably not.  I think the lack of human interaction would probably drive me mad – and I say this as a confirmed introvert.  Granted, a degree level MOOC would probably have more opportunities for social interaction – skype tutorials, better comments systems, more interaction with course tutors, local networks to meet fellow students who live nearby – but I think the feeling of disconnection, isolation, and alienation would just be too strong.  Having said that, perhaps to digital natives this won’t be the case, and perhaps compared (as our brains are good at comparing) to the full university experience a significantly lighter price tag might be attractive.  And of course, for those in developing countries or unable or unwilling to relocate to a university campus (for whatever reason), it could be a serious alternative.

But I can certainly see a future that blends MOOC-style delivery with more traditional university approaches to teaching and learning.  Why not restructure lectures into shorter chunks and make them available online, at the students’ convenience?  There are real opportunities to bring in extra content with expert guest speakers, especially industry figures, world leading academic experts, and particularly gifted and engaging communicators.  It’s not hard to imagine current student portals (moodle, blackboard etc) becoming more and more MOOC-like in terms of content and interactivity.  In particular, I can imagine a future where MOOCs offer opportunities for extra credit, or for non-credit bearing courses for students to take alongside their main programme of study.  These could be career-related courses, courses that complement their ‘major’, or entirely hobby or interest based.

One thought that struck me was whether it was FE rather than HE that might be threatened by MOOCs.  Or at least the Adult Ed/evening classes aspect of FE.  But I think even there a motivation to – say – decide to learn Spanish, is only one motivation – another is often to meet new people and to learn together, and I don’t think that that’s an itch that MOOCs are entirely ready to scratch. But I can definitely see a future for MOOCs as the standard method of continuing professional development in any number of professional fields, whether these are university-led or not. This has already started to happen, with a course called ‘Discovering Business in Society‘ counting as an exemption towards one paper of an accounting qualification.  I also understand that Futurelearn are interested in pilot schemes for the use of MOOCs 16-19 year olds to support learning outcomes in schools.

It’s also a great opportunity for hobbyists and dabblers like me to try something new and pursue other intellectual interests.  I can certainly imagine a future in which huge numbers of people are undertaking a MOOC of one kind or another, with many going from MOOC to MOOC and building up quite a CV of virtual courses, whether for career reasons, personal interest, or a combination of both.  Should we see MOOCs as the next logical and interactive step from watching documentaries? Those who today watch Horizon and Timewatch and, well, most of BBC4, might in future carry that interest forward to MOOCs.

So perhaps rather than seeing MOOCs in terms of what they’re going to disrupt or displace or replace, we’re better off seeing them as something entirely new.

And I’m starting my next MOOC on Monday – Cooperation in the contemporary world: Unlocking International Politics led by Jamie Johnson of the University of Birmingham.  And there are several more that look tempting… How to read your boss from colleagues at the University of Nottingham, and England in the time of Richard III from – where else – the University of Leicester.

3 Responses to MOOCing about: My experience of a massively open online course