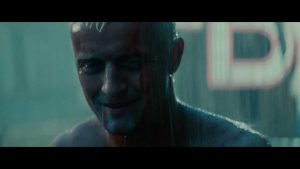 “I’ve seen first drafts you people wouldn’t believe. Impact plans on fire off the shoulder of Orion. I watched JeS beams glitter in the dark near the Tannhäuser ResearchGate. All those research proposals will be lost in time, like tears…in…rain. Time to resubmit.”

In the wake of this week’s Association of Research Managers and Administrator‘s conference in Birmingham, Research Professional has published an interesting article by Richard Bond, head of research administration at the University of the West of England. The article – From ARMA to avatars: expansion today, automation tomorrow? – speculates about the future of the research management/development profession given the likely advances of automation and artificial intelligence. Each successive ARMA conference is hailed as the largest ever, and ARMA’s membership has grown rapidly over recent years, probably reflecting increasing numbers of research support roles, increased professionalism, an increased awareness of ARMA and the attractiveness of what it offers in terms of professional development. But might better, smarter computer systems reduce, and perhaps even eliminate the need for some research development roles?

In many ways, the future is already here. In my darker moments I’ve wondered whether some colleagues might be replicants or cylons. But many universities already have (or are in the progress of getting) some form of cradle-to-grave research management information system which has the potential to automate many research support tasks, both pre and post award. Although I wasn’t in the session where the future of JeS, the online submission grant system used by UKRI, tweets from the session indicate that JeS 2.0 is being seen as a “grant getting service” and a platform to do more than just process applications, which could well include distribution of funding opportunities. Who knows what else it might be able to do? Presumably it can link much better to costing tools and systems, allowing direct transfer of costing and other informations to and from university systems.

A really good costing tool might be able to do a lot of things automatically. Staff costs are already relatively straightforward to calculate with the right tools  – the complication largely comes from whether funders expect figures to include inflation and cost of living/salary increment pay rises to be included or not. But greater uniformity across funders could help, and setting up templates for individual funders could be done, and in many places is already done. Non-pay costs are harder, but one could imagine a system that linked to travel and bookings websites and calculated the average cost of travel from A to B. Standard costs could be available for computers and for consumables, again, linking to suppliers’ catalogues. This could in principle allow the applicant (rather than a research administrator) to do the budget for the grant application, but I wonder if there’s much appetite for doing that from applicants who don’t do this. I also think there’s a role for the research costing administrator in terms of helping applicants flush out all of the likely costs – not all of which will occur to the PI – as well as dealing with the exceptions that the system doesn’t cover. But even if specialist human involvement is still required, giving people better tools to work smarter and more efficiently – especially if the system is able to populate the costings section application form directly without duplication – would reduce the amount of humans required.

While I don’t think we’re there yet, it’s not hard to imagine systems which could put the right funding opportunities in front of the right academics at the right time and in the right format. Research Professional has offered a customisable research funding alerts service for many years now, and there’s potential for research management systems to integrate this data, combine it with what’s known about individual researchers and research team’s interests, and put that information in front of them automatically.

I say we’re not there yet, because I don’t think the information is arriving in the right format – in a quick and simple summary that allows researchers to make very quick decisions about whether to read on, or move on to the next of the twelvety-hundred-and-six unread emails. I also wonder whether the means of targeting the right academics are sufficiently nuanced. A ‘keywords’ approach might help if we could combine research interest keyword sets used by funders, research intelligence systems, and academics. But we’d need a really sophisticated set of keywords, coving not just discipline and sub-discipline, but career stage, countries of interest, interdisciplinary grand challenges and problems etc. Another problem is that I don’t think call summaries are – in general – particularly well-written (though they are getting better) by funders, though we could perhaps imagine them being tailored for use in these kinds of systems in the future. A really good research intelligence system could also draw in data about previous bids to the scheme from the institution, data about success rates for previous calls, access to previously successful applications (though their use is not without its drawbacks).

But even with all this in place, I still think there’s a role for human research development staff in getting opportunities out there. If all we’re doing is forwarding Research Professional emails, then we could and should be replaced. But if we’re adding value through our own analysis of the opportunity, and customising the email for the intended audience, we might be allowed to live. A research intelligence system inevitably just churns out emails that might be well targeted or poorly targeted. A human with detailed knowledge of the research interests, plans, and ambitions of individual researchers or groups can not only target much better, but can make a much more detailed, personalised, and context sensitive analysis of the advantages and disadvantages of a possible application. I can get excited about a call and tell someone it’s ideal for them, and because of my existing relationship with them, that’ll carry weight … a computer can tell them that it’s got a 94.8% match.

It’s rather harder to see automation replacing training researchers in grant writing skills or undertaking lay review of draft grant applications, not least because often the trick with lay review is spotting what’s not there rather than what is. But I’d be intrigued to learn what linguistic analysis tools might be able to do in terms of assessing the required reading level, perhaps making stylistic observations or recommendations, and perhaps flagging up things like the regularity with which certain terms appear in the application relative to the call etc. All this would need interpreting, of course, and even then may not be any use. But it would be interesting to see how things develop.

Impact is perhaps another area where it’s hard to see humans being replaced. Probably sophisticated models of impact development could and should be turned in tools to help academics identify the key stakeholders, come up with appropriate strategies, and identify potential intermediaries with their own institution. But I think human insight and creativity could still add substantial value here.

Post-award isn’t really my area these days, but I’d imagine that project setup could become much easier and involve fewer pieces of paper and documents flying around. Even better and more intuitive financial tools would help PIs manage their project, but there are still accounting rules and procedures to be interpreted, and again, I think many PIs would prefer someone else to deal with the details.

Overall it’s hard to disagree with Bond’s view that a reduction in overall headcount across research administration and management (along with many other areas of work) is likely, and it’s not hard to imagine that some less research intensive institutions might be happy that the service that automated systems could deliver is good enough for them. At more research intensive institutions, better tools and systems will increase efficiency and will enable human staff to work more effectively. I’d imagine that some of this extra capacity will be filled by people doing more, and some of it may lead to a reduction in headcount.

But overall, I’d say – and you can remind me of this when I’m out of a job and emailing you all begging for scraps of consultancy work, or mindlessly entering call details into a database – that I’m probably excited by the possibilities of automation and better and more powerful tools than I am worried about being replaced by them.

I for one welcome our new research development AI overlords.