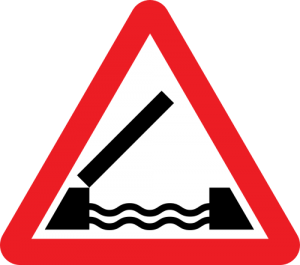 The ESRC have just announced a huge change to their standard grants scheme, and I think it’s fair to say that it’s going to prove somewhat controversial.

At the moment, it’s possible to apply to the ESRC Standard Grant Scheme at any time for grants of between £200k and £2million. From the end of June this year, the minimum threshold will raise from £200k to £350k, and the maximum threshold will drop from £2m to £1m.

Probably those numbers don’t mean very much to you if you’re not familiar with research grant costing, but as a rough rule of thumb, a full time researcher for a year (including employment costs and overheads) comes to somewhere around £70k-80k. So a rough rule of thumb I used to use was that if your project needed two years of researcher time, it was big enough. So… for £350k you’d probably need three researcher years, a decent amount of PI and Co-I time, and a fair chunk of non-pay costs. That’s a big project. I don’t have my filed in front of me as I’m writing this, so maybe I’ll add a better illustration later on.

This isn’t the first time the lower limit has been raised. Up until February 2011, there used to be a “Small Grants Scheme” for projects up to £200k before that was shut, with £200k becoming the new minimum. The argument at the time was that larger grants delivered more, and had fewer overheads in terms of the costs of reviewing, processing and administering. And although the idea was that they’d help early career researchers, the figures didn’t really show that.

The reasons given for this change are a little puzzling. Firstly, this:

The changes are a response to the pattern of demand that is being placed on the standard grants scheme by the social science community. The average value of a standard grant application has steadily increased and is now close to £500,000, so we have adjusted the centre of gravity of the scheme to reflect applicant behaviour.

Now that’s an interesting tidbit of information – I wouldn’t have guessed that the “average value” would be that high, but you don’t have to be an expert in statistics (and believe me, in spite of giving 110% in maths class at school I’m not one) to wonder what “average” means, and further, why it even matters. This might be an attempt at justification, but I don’t see why this provides a rationale for change.

Then we have this….

The changes are also a response to feedback from our Grant Assessment Panels who have found it increasingly difficult to assess and compare the value of applications ranging from £200,000 to £2 million, where there is variable level of detail on project design, costs and deliverables. This issue has become more acute as the number of grant applications over £1 million has steadily increased over the last two years. Narrowing the funding range of the scheme will help to maintain the robustness of the assessment process, ensuring all applications get a fair hearing.

I have every sympathy for the Grant Assessment Panel members here – how do you choose between funding one £2m project and funding 10 x £200k projects, or any combination you can think of? It’s not so much comparing apples to oranges as comparing grapes to water melons. And they’re right to point out the “variable” level of detail provided – but that’s only because their own rules give a maximum of 6 A4 page for the Case for Support for projects under £1m and 12 for those over. If you think that sounds superficially reasonable, then notice that it’s potentially double the space to argue for ten times the money. I’ve supported applications of £1m+ and 12 sides of A4 is nowhere near enough, compared to the relative luxury of 6 sides for £200k. This is a problem.

In my view it makes sense to “introduce an annual open competition for grants between £1 million and £2.5 million”, which is what the ESRC propose to do. So I think there’s a good argument for lowering the upper threshold from £2m to £1m and setting it up as a separate competition. I know the ESRC want to reduce the number of calls/schemes, but this makes sense. As things stand I’ve regularly steered people away from the Centres/Large Grants competition towards Standard Grants instead, where I think success rates will be higher and they’ll get a fairer hearing. So I’d be all in favour of having some kind of single Centres/Large/Huge/Grants of Unusual Size competition.

But nothing here seems to me to be an argument for raising the lower limit.

But finally, I think we come to what I suspect is the real reason, and judging by Twitter comments so far, I’m not alone in thinking this.

We anticipate that these changes will reduce the volume of applications we receive through the Standard Grants scheme. That will increase overall success rates for those who do apply as well as reducing the peer review requirements we need to place on the social science community.

There’s a real problem with ESRC success rates, which dropped to 10% in the July open call, with over half the “excellent” proposals unfunded. This is down from around 25% success rates, much improved in the last few years. I don’t know whether this is a blip – perhaps a few very expensive projects were funded and a lot of cheaper ones missed out – but it’s not good news. So it’s hard not to see this change as driven entirely by a desire to get success rates up, and perhaps an indication that this wasn’t a blip.

All this raises some difficult questions.

Of course, the underlying problem is that there’s not enough money in the ESRC’s budget to support excellent social science after years and years of “flat cash” settlements. And it’s hard to see what can be done about that in the current political climate.

6 Responses to ESRC – sweeping changes to the standard grants scheme