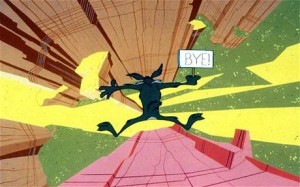 Believe it or not there is a staw-grasping positive way of looking at these figures… of which more later.

This research professional article has a nice overview which I can’t add much to, so read it first. Three caveats about these figures, though…

In previous years I’ve focused on how different academic disciplines have got on, but there’s probably very little to add. You can read them for yourself (p. 38), but the report only bothers to calculate success rates for the disciplines with the highest numbers of applications – presumably beyond that there’s little statistical significance. I could be claiming that it’s been a bumper year for Education research, which for years bumped along at the bottom of the league table with Business and Management Studies in terms of success rates, but which this year received 3 awards from 22 applications, tracking the average success rate. Political Science and Socio-Legal Studies did well, as they always tend to do. But it’s generalising from small numbers.

As last year, there is also a table of success rates by institution. In an earlier section on demand management, the report states that the ESRC “are discussing ways of enhancing performance with those HEIs where application volume is high and quality is relatively weak”. But as with last year, it’s hard to see from the raw success rate figures which these institutions might be – though of course detailed institutional profiles showing the final scores for applications might tell a very different story. Last year I picked out Leeds (10/0), Edinburgh (8/1), and Southampton (14/2) as doing poorly, and Kings College (7/3), King Leicester III (9/4), Oxford (14/6) as doing well – though again, one more or less success changes the picture.

This year, Leeds (8/1) and Edinburgh (6/1) have stats that look much better. Southampton doesn’t look to have improved (12/0) at all, and is one of the worst performers. Of those who did well last year, none did so well this year – Kings were down to 11/1, Leicester 2/0, and Oxford 11/2. Along with Southampton, this year’s poor performers were Durham (10/0), UCL (15/1)  and Sheffield (11/0) – though all three had respectable enough scores last time. This year’s standouts were Cambridge at 10/4. Perhaps someone with more time than me can combine success rates from the last two years, and I’m sure someone at the ESRC already has….

So… on the basis of success rates alone, probably only Southampton jumps out as doing consistently poorly. But again, much depends on the quality profile of the applications being submitted – it’s entirely possible that they were very unlucky, and that small numbers mask much more slapdash grant submission behaviour from other institutions. And of course, these figures only relate to the lead institution as far as I know.

It’s worth noting that demand management has worked… after a fashion.

We remain committed to managing application volume, with
the aim of focusing sector-wide efforts on the submission
of a fewer number of higher quality proposals with a
genuine chance of funding. General progress is positive.
Application volume is down by 48 per cent on pre-demand
management levels – close to our target of 50 per cent.
Quality is improving with the proportion of applications now
in the ‘fundable range’ up by 13 per cent on pre-demand
management levels, to 42 per cent. (p. 21).

I remember the target of reducing the numbers of applications received by 50% as being regarded as very ambitious at the time, and even if some of it was achieved by changing scheme rules to increase the minimum value of a grant application and banning resubmissions, it’s still some achievement. Back in October 2011 I argued that the ESRC had started to talk optimistically about meeting that target after researcher sanctions (in some form) had started to look inevitable. And in November 2012 things looked nicely on track.

Internal peer review/demand management processes are often framed in terms of improving the quality of what gets submitted, but perhaps not enough of a filtering process. So we refine and we polish and we make 101 incremental improvements… but ultimately you can’t polish a sow’s ear. Or something.

Proper internal filtering is really, really hard to do – sometimes it’s just easier to let stuff from people who won’t be told through and see if what happens is exactly what you think will happen, which it always is. There’s also a fine line (though one I think that can be held and defended) between preventing perceived uncompetitive applications from doing so and impinging on academic freedom. I don’t think telling someone they can’t submit a crap application is infringing their academic freedom, but any such decisions need to be taken with a great deal of care. There’s always the possibility of suspicion of ulterior motives – be it personal, be it subject or methods-based prejudice, or senior people just overstepping the mark and inappropriately imposing their convictions (ideological, methodological etc) on others. Like the external examiner who insists on “more of me” on the reading list….

The elephant in the room, of course, is the flat cash settlement and the fact that that’s now really biting, and that there’s nowhere near enough funding to go around for all of the quality social science research that’s badly needed. But we can’t do much about that – and we can do something about the quality of the applications we’re submitting and allowing to be submitted.

I wrote something for research professional a few years back on how not to do demand management/filtering processes, and I think it still stands up reasonably well and is even quite funny in places (though I say so myself). So I’m going to link to it, as I seem to be linking to a disproportionate amount of my back catalogue in this post.

A combination of a new minimum of £350k for the ESRC standard research grants scheme and the latest drop in success rates makes me think it’s worth writing a companion piece to this blog post about potential ESRC applicants need to consider before applying, and what I think is expected of a “fundable” application.

Hopefully something for the autumn…. a few other things to write about first.